Officially launched in November a 2 part DVD documentary exploring the history of the small, independent opal fossickers and sapphire miners along the Tropic of Capricorn and the building of a heritage tourism industry...

The DVD comes out of a project entitled Romancing the Stone from Cinderella to Waltzing Matilda: A Snapshot of the Sapphire and Opal Industries of Central Queensland. 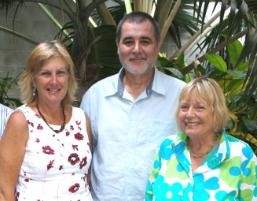 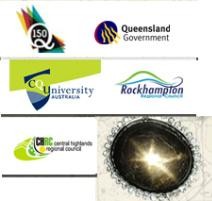 Project spokesperson Jeni Richardson said that 'Digging the Tropic of Capricorn' was an underlying theme throughout the film.

"There is a compilation of two DVDs - one covering the sapphire industry and the second, the opal industry," Ms Richardson said.

"We travelled out west to the opal country and the Queensland Boulder Opal Association's 2009 Symposium at Winton to study the opal industry and talk with the Evert and Christianos families.

"We conducted interviews at Rubyvale with Bill Hagan and Peter Brown, whose vision for the future of the sapphire industry and Outback tourism is an important part of the documentary.

"We captured ‘The Pinch' at Springsure, where the very first opals in Queensland were found, and we shot footage of the International Coal Centre and Japanese Garden at Blackwater.

"At Winton, David Elliott, Chairman of the ‘Age of Dinosaurs' was a major speaker at the Opal Symposium and we were able to back his lecture with camera shots of the Museum and significant dinosaur finds at the Age of Dinosaurs, just outside of Winton." 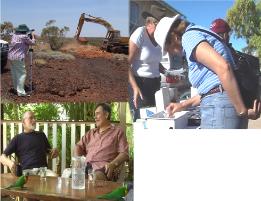 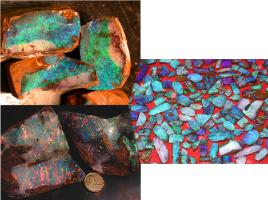 The official launch of the documentary by Member for Keppel Paul Hoolihan and Professor John Rolfe was on Friday November 26 at Rockhampton's Walter Reid Centre.

The documentary DVD can be purchased for $25 either:

The project was supported by CQUniversity's Institute for Sustainable Regional Development and Office of Research and edited by Bugz Productions of Yeppoon.