The gracious host of the 2008 Jewellery Design Awards and editor of Vogue magazine Kirstie Clements said she was enamoured of Opal and excited by the future for Opals. 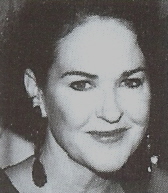 Australia's National Gemstone was well represented in the competition with the Awards attracting over 120 entrants.

Designer Lucy Godoroja who also made the choker known as 'Pleiades' has been creating manufacturing bench drawings for bolda's workshops, consulting on the brand’s design architecture and occasionally making prototypes.

"Opals have always inspired me, the incredible brightness of these stones led me to look upon them as beautiful young ladies."

bolda's first ever competition entry is a marvel of nature set with a magnificent suite of naturally baroque Boulder Opal beads, mined in Winton, Queensland by Opaline and crafted by bolda’s lapidaries. The Opals are interspersed with mirrored shape open weave gold and silver thread beads and strung on silver wire to form a choker. 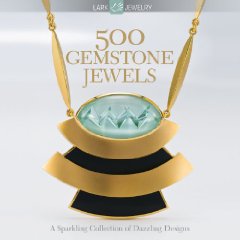 bolda's magnificent Opal encrusted 'Pleiades' choker was selected for inclusion into the latest edition of the Lark 500 series published in April 2010. Impressions of an artist:  At the age of ten Canadian born Lucy Godoroja began tinkering with her engineer father, who was also a qualified jeweller.  Her career began in graphic design, then in design draughting in engineering and architecture. Her love of Jewellery got the better of her and 11 years ago she started studying at Design Centre Enmore and in 2006 she began teaching there in the Jewellery Trade Section.

‘Opals have always inspired me, and this particular set intrigued me immensely. How could something so rich and beautiful come from the barren expanse that is outback Australia? Their incredible brightness and beauty led me to look upon them as girls, women, with a story to tell of their journey, how they remained while everything around them was transient. For me, they became Pleiades, the seven sisters, daughters of the titan Atlas. These sisters were immortalised by Zeus, when he placed them into the sky, but only six of them shine brightly. My interpretation of the six stars is made with the juxtaposition of the silver and gold "empty vessels" side by side with the "mortal" seven sisters.’ Lucy.