Many civilizations, cultures, and peoples have used crystals, stones, and minerals for healing and protection, not only of humans, but also for their animals and their environment.

The ancients believed that if a person wore the precious stone which, according to their tradition, was in affinity with the planets and the month of their birth, they would have protection against their enemies, sickness, accident, or even death.

In Medieval times Opal was thought to ward off illness and it was believed could confer the power of invisibility. As a protective stone Opal could help render the wearer unnoticeable or 'invisible', particularly helpful in negotiating ventures into dangerous places. The catalogue of Opal's reputed effects as a 'virtuous stone' include prevention of fainting, protection against infection and the cleansing of foul air.

A wearer would be relieved from dejection and always enjoy hope; in fact, Opal is the 'symbol of hope'. Since ancient times Opal has been considered to hold all the talismanic virtues of the other gemstones. 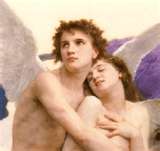 The Art of Love

Opal - 'The stone of Lovers and Artists' - has always been associated with love, hope and desire. The ancient Greeks and Romans referred to Opal as the 'Cupid Stone', because it suggested the clear complexion of the god of love. The seductive nature of Opal intensifies emotional states and releases inhibitions inspiring passion and romance. Opal stimulates originality and creativity whilst encouraging an interest in the arts.

Regardless of its monetary value, each piece of Opal is different and has its own personality and appeal.

Your choice of Opal is a reflection of your personal expression of style.

Whether it be your favourite colour or has a mesmerising pattern; a dazzling jewel or a raw more natural feel;

Your Opal will be priceless to you, the wearer! 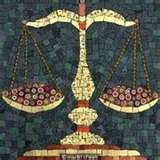 Opal is listed as the natal stone or star stone in the following Birthstone tables:

Opal was proclaimed Australia’s National Gemstone by Governor General Bill Hayden on the 27th of July 1993.

Opal is a fitting symbol of a spirited and diverse nation, ‘an opal hearted country’ which is home to 95% of the world’s Precious Opal.

Opal is the official Gemstone of the State of South Australia.

Black Opal was proclaimed the State Gemstone and new Emblem of New South Wales on the 7th of May 2008.